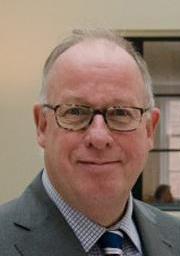 Thinking about Conflict and Development: Interview with Georg Frerks

Georg Frerks has been the chairperson of the CERES board since 2008. He currently teaches conflict studies at Utrecht University and, more recently, at the Dutch Defense Academy. His specializations and research interests include conflict studies and vulnerability. Below is an excerpt of our conversation about conflict, CERES, and some ideas for those pursuing a PhD.

Can you tell us about your experience in the CERES program?

I have been in CERES for quite some time, around 10 years. The first time that I heard about CERES was even before I became a member of the board. I was a professor at Wageningen University, and the CERES Research School was also active there, providing training to PhD students. So I have known CERES for a very long time, more than 30 years. At that time, CERES was the only research school we had in terms of international development studies in the Netherlands, so it was quite important for those studies.

Now, talking more about your experience related to conflict studies and international development studies, do you think that we are currently living in a more vulnerable and troubled world than before?

I think that at the moment we are facing quite a number of huge problems. One can always remember, of course, troubled periods such as the Middle Ages, the 18th century, or the world wars, to mention a few. However, at the moment we certainly face quite a number of problems that are interrelated. Some of them have to do with resources – how to deal with the planet, the environment, climate change, all the things that have to do with demography, populations that are undermining the capacity of our planet, and also issues related to governance. All of these issues are interrelated. The ways in which people are economically or politically excluded can lead to very explosive mixtures.

Regarding vulnerability, there are still billions of people in the world who live with less than 1 or 2 dollars a day. Sometimes you see that certain socioeconomic indicators are improving, but you also often see how many people are left behind.

Thus, yes, I believe that there is (or are) reason(s) to be worried. If you look at the number of refugees and internally displaced people – more than 65 million at the moment – it’s higher than ever. Summing up, the picture of the world isn’t exactly the best, and it requires a lot of effort to deal with that. We have no available, ready answers for that yet. In that sense, personally, I’m not a pessimistic person, but if we look at the world and see what is in front of us, there are several reasons to be worried.

We also heard that you recently started teaching at the Dutch Defense Academy. For a person studying conflict, how is this experience?

Yes, that’s right! Well, to resolve conflicts, it’s necessary to take into account the military aspect, the diplomatic aspect, and also the development aspect. By development aspect I mean issues related to state building or peacebuilding, for instance. I feel that in order to resolve conflicts, we need an integrated approach. Therefore, bringing all those aspects together is important. To me, it’s interesting to teach that to militaries and also to hear their position about different phenomena; how they look at the world; and to teach them what’s going on in diplomacy and development cooperation.

Among your research interests are conflict and vulnerability. How can one understand both concepts from the perspective of International Development Studies?

Conflicts are, in a way, very natural phenomena. Every family and every community faces conflicts most of the time. People have different interests, different ideas and perspectives. So the question is, in fact, how can we deal with conflicts in such a way that they do not escalate into violence? Many societies know how to deal with these conflicts; for example, in the Netherlands we have poldering, which means that people talk about the problem.

When we talk about another level of groups, like states, these problems sometimes escalate if people can make negative images of other groups to such a degree that even killing them becomes justified. When these things happen, the normal phenomenon of conflict – conflict as part of social interactions – turns into a dangerous and violent one.

The best way of dealing with this is prevention. The world community has to manage and contain conflicts. Another way of dealing with conflicts is not letting them spread to other groups. This isn’t very easy, however, when there isn’t an international consensus. For example, what’s happening in the Middle East now is a lack of consensus, and there’s division and many interests involved. We also have ‘frozen’ conflicts. These are ones that aren’t ongoing but they are also not resolved. They remain as they are, and it’s a risky situation because they could start again – we see this a lot in many places that were part of the USSR.

As far as vulnerability is concerned, I understand this concept as a disposition of certain groups or persons to be harmed, for example, by an economic crisis, disasters, or conflicts. There are groups in society that are so marginalized that they cannot cope with adverse conditions – those are the vulnerable groups. We have to understand that everybody has capabilities and a certain capacity of resilience. Yet some groups, due to situations of conflict or natural disasters, aren’t able to overcome certain adverse conditions. This leads to a cycle of conflict, which leads to more people being involved in very precarious and dangerous situations. This, in turn, perpetuates development problems such as poverty, exclusion, or inequality.

It’s difficult to say that there’s a research agenda. If you look at the sustainable development goals, they show a variety of issues – ranging from climate, conflict, gender, conflict, etc. So there really isn’t one research agenda there.

I consider it important to combine the macro and micro perspectives of the world, to see how the macro is composed of micro issues and how these issues are related to each other. I feel that very often we talk about global issues, and we also have to say that these issues really happen at the local level. For example, in peace building we talk about peace building at the macro level because peace has always been considered a ‘high politics’ topic, but now there’s an increasing understanding that we have to analyze it at a very local level – not only how war and peace are experienced at the local but also how both phenomena shape communities and people.

I also think that cooperation as an institutionalized sector is a topic that must be carefully analyzed. There isn’t only one way of how things can be done in terms of global cooperation policies and initiatives. It’s important to think about how to reshape development cooperation in the context of global challenges. However, I’m still not sure whether we have found, as an international community, a proper way of dealing with this issue. How should we deal with the relationship, for example, between the ‘developing world’ and the ‘North’? I think we have to move away from traditional viewpoints and assume a critical perspective, if not radical approach, to understand this. I personally consider that we have to bring this critical perspective forward in order to deconstruct the institutionalized ways of working.  Thus, I also think that we have to reflect about international practices – how do they work and who benefits. In other words, adopting the lenses of a political economy perspective.

In three short sentences, what would you advise to those doing a PhD?

A PhD isn’t what people often say, that only brilliants can do it. It’s basically about hard work and discipline. So I would say:

This process is like performing. You have to jump just to show that you can do it, so simply do it! It’s doable.

Finally, what would you like to ask the next international development studies expert to be interviewed for our upcoming newsletter?

I think that it would be interesting to ask a librarian about the most efficient way of managing information for research purposes. For example, to discuss the best alternatives for dealing with all the electronic files and data now available.